Cellist Ryan Murphy, during a rehearsal with Symphony of the Hills. 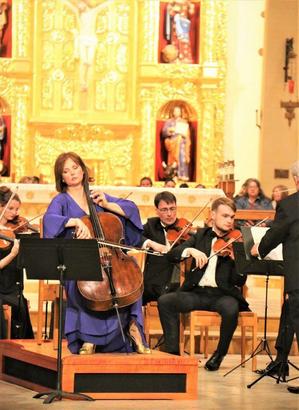 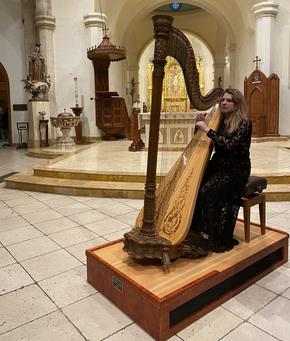 The Cello Podium is a unique stand that is based on a design from the Eastman School of Music from 1963. Frank Originally was commisioned by Ken Freudigman, Principal Cellist of the San Antonio Symphony to build the podium from the faded one page drawing that Ken had from his early School years.

Frank has modified the design making it his own. The purpose of the stand is to help amplify the sound of the instrument so that it can project above the orchestra in a concerto setting. It is built with an internal soundboard and soundpost, to help enhance the tone of the cello.

The podium is made entirely by Frank and uses traditional joinery including handcut dovetails and mortise and tenon joinery. The soundboard is carefully selected for the perfect grain and is joined and scraped to perfection.

This podium has been used by internationally aclaimed musicians and was recently used by a world class harpist. 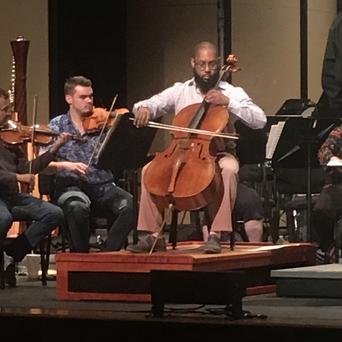 Photo courtesy of the OKCP 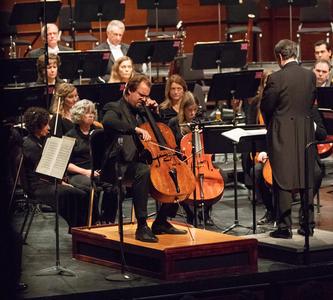 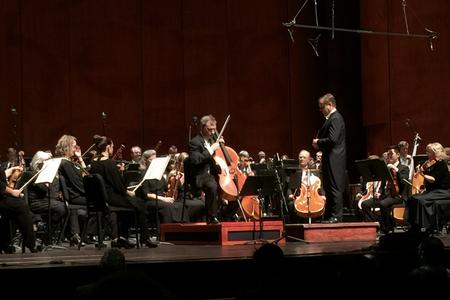 Harpist Bridget Kibbey, in the San Fernando Cathedral. Musical Bridges from around the World.